While “the digital divide” most often suggests the disparate levels of access to digital inclusion and participation of urban and rural populations, it also more importantly highlights the disproportional levels of ease and choice experienced by non-urban businesses in accessing — and deriving — the benefits of digital technologies.

Business sectors such as agriculture, mining, and forestry have their operations located far away from the metro and urban areas, where fixed — and to an extent — mobile operators have focused on modernizing, extending, and densifying their network footprint. The high levels of population density, concentration of economic activity and levels of disposable income in the urban and metro areas have naturally led the investment and deployment of networks in these areas (and more lately into the secondary towns in the country).

This is evident when looking at the levels of national fibre deployment, which has not really reached the peri-urban and rural areas of the country yet. While several national long-distance fibre routes have been built, they largely serve operators’ transmission requirements, and the access to fibre networks into these areas are still far from the required levels to enable peri-urban and non-urban areas to jump onto the digital highways (that so many urban and global businesses are on today).

While these businesses may have access to mobile coverage that can deliver fixed-mobile connectivity, the base stations serving them are often backhauled by microwave links that have several hops — due to the distance limitations of the microwave transmission. Each hop introduces a potential point of failure to the network, and the connectivity delivered to business end-users that poses a risk to the relevant business applications that run on top of the connectivity layer.

“In light of these challenges and risks, satellite connectivity is ideally positioned to meet the connectivity requirements of non-urban businesses, paving the way for increased access to and adoption of digital applications and services by them. Very small aperture satellite access services (VSAT), can be quickly deployed, requires no fibre backhaul dependency, and is a direct hop to a transponder — and a single hop to the earth station that significantly reduces the number of points-of-failure in the connectivity link,” says Wian Swiegers, Head of McommSat. “Satellite connectivity can also be used to complement other media, such as microwave and fixed-wireless access by providing technology and operator diversity and redundancy”, adds Wian.

The capability of VSAT connectivity to reach remote business operation sites therefore becomes a key enabler for such businesses to deploy and derive the benefits of digital and 4IR technologies. If one had to just look at the agricultural sector, and smart farming technologies and applications, satellite connectivity to remote farms enables:

While these capabilities present a compelling proposition to improving agricultural operational efficiencies, they also have more far-reaching role in terms of environmental and social impact according to Sivi Moodley, CEO of Macrocomm Group. “Optimal use of fertilisers and pesticides has a significant impact on reducing the pollution of our natural water systems because of surface run-off. On-demand, precision irrigation that is driven by digital technologies also go a long way in ensuring that water is more efficiently managed as a critical resource on farms`’ says `Sivi. He concludes by pointing out that “early detection pest management technologies and applications — as well as improved farming methods based on access to knowledge — contributes significantly to improving the yield levels of agricultural production which in turn contributes positively towards improving food security and the sustainable development goal (SDG) of Zero Hunger”.

Digital technologies including IoT, and satellite connectivity play a critical role in improving the efficiency of farming operations and enables them to contribute positively towards attaining the SDGs because of cloud-based and data driven environmentally friendly farming practices.

Macrocomm is a premier innovation and technology agnostic led provider of data driven digital solutions. Our solutions are not just focused of connectivity and technology, but they aim to solve societal problems in a Smart Made Simple way. The Macrocomm group of companies play across all stages in the digital value chain including devices, connectivity, platforms, application and software development, systems integration and training and development. This enables us to innovate across the digital value chain to deliver bespoke as well as generic solutions in a manner that leverages both scope and scale. We service a range of verticals including municipalities, fleet, agriculture, facilities management, health, mining, retail and logistics. Our key partners include Vodacom, Sigfox, FAW, University of Stellenbosch, Liquid Intelligent Technologies and Orange. 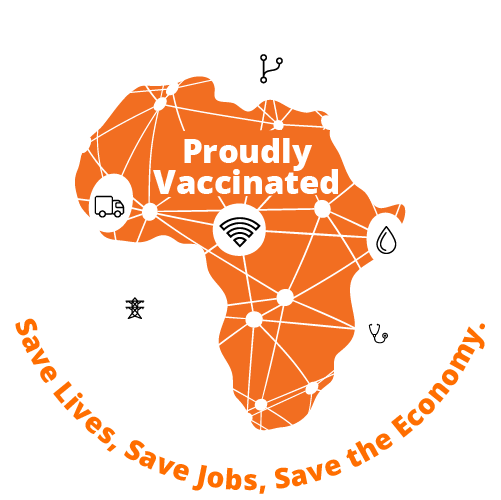